Jason Feairheller is a 2007 graduate of the University of Scranton where he completed his Bachelors of Science in Exercise Science. While in college, he played on the University of Scranton baseball team and was the team captain for the 2007 season. Jason’s training experience began in 2005 when he worked at Lightning Fast Training Systems where he began specializing in speed and agility training. During his time at Lightning Fast, he trained a variety of high school, college, and professional athletes from the NFL, NHL, and AFL. Upon graduating from college Jason began working at Athlete’s Advantage. It was during this time Jason really 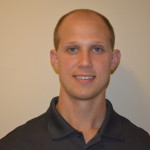 began to develop his skills as a speed and agility expert.  Jason began developing a system to improve any athletes speed by shifting the focus to training the proper technique of accelerating, changing direction, and running at max speed, instead of the typical routine of running through hurdles and ladders until the athlete is tired. Over the past 10 years, Jason has helped adolescent and adult athletes of all ability levels.